Florian is a dear friend of Jeremie who currently lives in Melbourne, Australia. In 2016, he needed a new challenge in his life, and a friend of his who recently moved to Australia told him about the opportunities in this country. It didn't take long to Florian to decide that he was ready for a new chapter, so he quit his job and jumped on a plane to the other side of the world. He is living a happy life over there as a permanent resident.

Before that, Florian grew up in France and did a lot of acrobatic gymnastics when he was young, specializing in tumbling. He shares with us how he picked this sport - which is not really common for boys in France - and how after years of training he eventually ended up training with the French national team, and competed in French and European championships!

When he got older, Florian decided to prioritize his studies and pursue a passion for IT. It all started when his parents got a computer, he taught himself how to build websites and got hooked. Florian decided to focus on this and eventually graduated with a Master's degree in network engineering. During his studies, he had the opportunity to study abroad so grabbed the chance to go to London and then to San Francisco. He eventually got a job for OVH, a French cloud computing company which offers VPS, dedicated servers and other web services.

As he is an expert, we challenged Florian to explain how Internet actually works (because it is not magic as you might think) which was pretty fun - check out this website that we mentioned in the conversation https://www.submarinecablemap.com.

Get in touch with Florian:
florianvalette.com 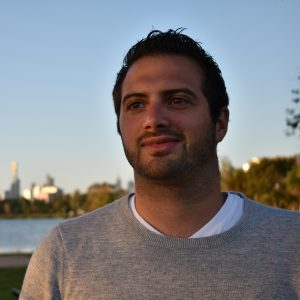