To celebrate pride month, in today's episode we are joined by Zach

Zach openly shares with us how he felt growing up in New England, knowing in the inside he was gay, but not having a support from a friend, mentor or his community to express himself as he would have wanted.

When he moved to Orlando and worked at Disney World (where he was Goofy, Mr Incredible, The Beast and other characters 🤩), Zach found a safe environment and tribe to embrace who he really was and find himself.

Zach also talks about his interest for entertainment and film making, future projects, and his upcoming wedding! 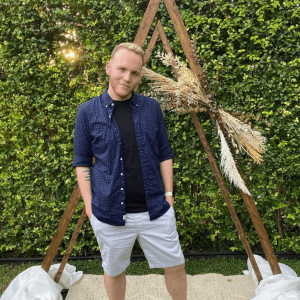