Joanie Sharon: life in the military as a gay woman

Joanie was born in Louisiana and was expected to follow the plan her family had for her: graduate from college, find a man, get married, buy a house, have children and be a good housewife. However Joanie had other dreams... far from the environment she grew up in.

As soon as she had a chance, she decided to enroll in the military and had an 8 year career there. It gave her a chance to get away from home, and even from the United States. Joanie shares openly about her time as a woman in the army... the challenges & difficulties she encountered and had to face. On top of that, Joanie realized in her mid-twenties that she was attracted to women... which in the military in the 80s and 90s was a crime! She had to fake a wedding and married a gay man so they could both stay under the radar!

Joanie shares some sad stories with us about her time in the US military. It is really eye opening to hear these stories and to realize, thankfully, how much has changed in the past 30 years. 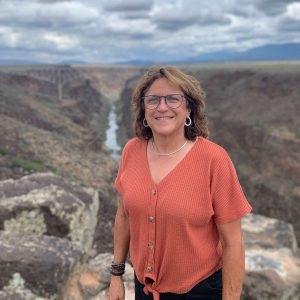