Yuliana was born in South Korea but grew up in the United States as her parents decided to move there when she was a child in the hopes to live a better life. She takes us on a journey from South Korea to LA through Philadelphia and more. Passionate about books, she built her career around writing as a screenwriter and eventually decided to become an author. To this date, Yuliana published 2 books including A Shred of Hope.

In her twenties, Yuliana met the man who would later become her husband and father of her son. A black man. She openly shares with us the challenges she faced - and still faces - regarding her parents accepting her to marry a black man and raising a black son.

We also talk deeply about depression. Yuliana suffered - and still does - from depression for many years. However for a very long time she didn't want to take antidepressants because she was worried this would affect her creativity and writing. After a breakdown that led to her hospitalization she had to agree to go under medication. Little did she know that it would change her life and would allow her to live a more balanced life.

Yoga became a huge part of her journey to get better. It was so impactful that she decided to become a yoga teacher and a yoga therapist to help others. She explains the differences between the two and the value of yoga therapy.

In 2021, Yuliana launched the Phoenix Tales Podcast where she shares women's stories of their trials and tribulations throughout life and how they overcome obstacles that many of us face. It's a podcast promoting female empowerment and listening to women's voices. 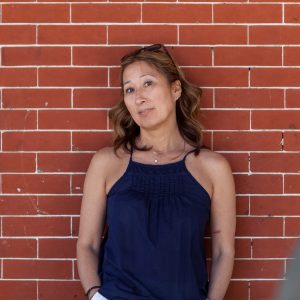