Julian grew up with a very creative childhood, always playing and creating. But his Portuguese parents were immigrants from Mozambique, and like most immigrant parents, raised him to work hard, go to college and "succeed". They wanted him to live the "American Dream" that so many people dream about.

It was only after leaving his well paid job in the oil industry, going traveling, meditating and other factors that Julian started to change his path in life and realize that he wasn't happy.

He went back to Miami after some time away and created a start up, moved into full time photography & marketing, and realized that being creative is what he enjoys the most. He also realized that the "starving artist" story that we all heard isn't necessarily true.

All this to say, that in 2019, Julian picked up a paintbrush and painted for the first time since his childhood. He sold his first painting and then when the world went into lockdown, spent more time working on his passion and now has his own painting studio in Miami. He is also designing jewelry & clothing and has very big dreams! 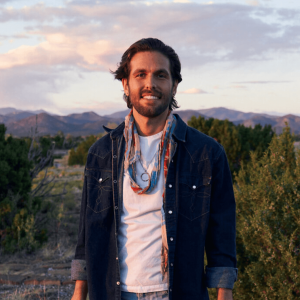